The Internet of Things: The Smart Bicycle Lock!

The internet of things is becoming a reality more and more. Beside smart thermostats, light switches and power outlets controllable by smartphone apps creating smart homes, outside of the house technology has solutions for daily encountered problems as well! 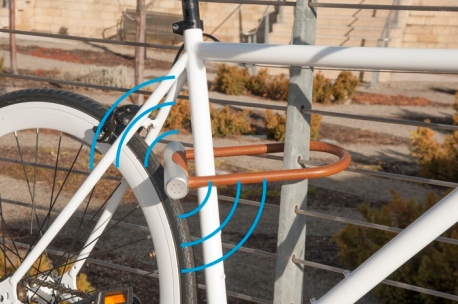 As many Dutchmen know, having a lock on your bike is not a guarantee that it won’t get stolen. The Noke U-lock might be the answer. The creators at Füz Designs have created a smart lock that is not only innovative but also very sturdy. The lock can be locked and unlocked using your phone, as the app in the phone has a unique code with which the lock corresponds through bluetooth when you press a button on the lock. 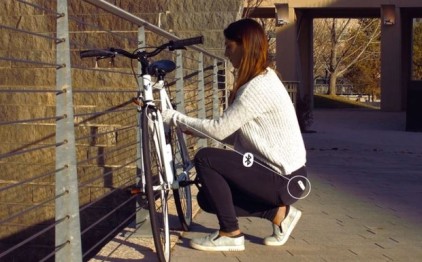 If someone is messing with the lock or the bike for more than 3 seconds, the lock can sense this and will give a loud 30 second alarm that can be heard up to 50 meters from the lock, generating enough attention to make the thieves go running. The owner will also be alerted through his phone that the alarm went off, so if someone is trying to steal your bike in the middle of the night the owner will be woken up and not come outside the next morning when it’s already too late. It also features a GPS built into the device so in case the bike gets taken together with the lock one can easily track it down. The lifelong battery of the lock will last for a whole year before it needs recharging.

For the people who always forget where they’ve parked their bike, the smartlock app will tell the user where the lock was last used. If a friend wants to use the bike the app has a special lend-out feature. In the case your phone’s battery is empty or you want to leave your phone at home, the lock has a smart feature that allows the user to unlock the lock using a unique rhythm of long and short taps, kind of like a Morse code.

As innovative IT technology is being implemented in increasingly more objects, we have to get used to the fact that everything in the world around us will record, send signals and is connected. After our cars started to get a lot smarter, and homes are turning into smart homes, now its turn for our bikes to get connected.

One response to “The Internet of Things: The Smart Bicycle Lock!”