Your phone got hacked by a ‘Nosey Smurf’.

Not so long ago, iPhone users all over the world were exposed to a bug able to shut down their phone by one simple text message[1]. I too received such a message as a prank, but did not consider the security implications that come with phones reaction on text commands. Later this year an android vulnerability “Stagefright” came to light, allowing hackers access full access to every Android phone with just a phone number[2]. Luckily both bugs have been fixed by the companies right after, but the security risk remains. There is no guarantee every bug has been revealed instead of being exploited by hobbyists, hackers, or governments.

The latter is now expected to be the case. Edward Snowden explains in an interview by the BBC how UK intelligence agency GCHQ is able to control your phone by text messages, completely hidden from the knowledge of the owner[3]. It does so by sending an encrypted text message to gain access.

Snowden talks about a “Smurf Suite”, a collection of phone control tools of GCHQ named after various smurfs. “Dreamy Smurf” is able to shut down and boot up the phone, “Nosey Smurf” can turn on your microphone and listen to your conversations, and “Tracker Smurf” is a tool able to track your geo-location with greater precision than normal triangulation of cellphone towers. And they can do even more, like taking pictures without your knowing, viewing your mails, texts and browsing history, and even

Snowden explains how NSA is understood to have a similar program, and are suspected of providing the technology. “GCHQ is to all intents and purposes a subsidiary of the NSA.” he tells the BBC, where GCHQ receives tasking and directions to go after. These projects are aimed to catch suspected involvement in terrorism, pedophilia or other serious crimes, but in order to do so, they have to collect mass data. Your data.

Snowden makes a valid point by stating you don’t own your phone, but “whoever controls the software owns the phone”. We see this increasing risk in software and privacy issues, and users are becoming more aware of this. The Windows 10 release has been highly critiqued by its security statement[4] and Europe’s highest court just rejected the ‘safe harbor’ agreement after Max Schrems started a case against Facebook[5]. It is clear that the battle for privacy has just begun.

Is the end of ‘Please stow all electronic devices’ near? 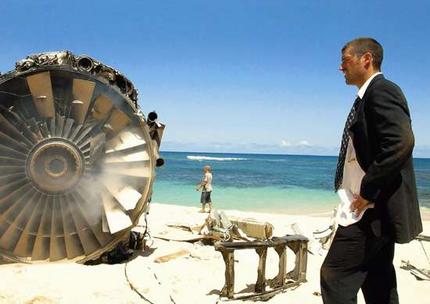 Is the end of ‘Please stow all electronic devices’ near?
As discussed in the class of the 23rd of September, mobile device and mobile internet usage are exploding. However, aviation ruling has not changed much in the mean time. As many, I could not have helped but wonder about the necessity of not using electronic devices during takeoff or landing. I can understand it to be a good thing for the pilot to hold off on these, but there has never been hard data on negative consequences of passenger’s electronic devices-use during these critique moments of flight. Or are there? And might there be possibilities of this changing for the better, and enabling internet on board? Maybe even in-flight online shopping?

Myths & Truths of in-flight smartphone & tablet-use:
To delve further in this topic it is good to bust some myths you might think are true and get into the real cause of this communications technology-ban in airplanes.
Myth 1: Interference with airplane equipment: This one is the most commonly known. However, aeronautical communication technology works with wavelengths below 500MHz, while consumer electronics work on wavelengths from up to 2GHz. Interference in that sense, is not possible.
Myth 2: The Federal Aviation Administration (FAA) does not want to test every device on possible interference: Also a myth. All mobile devices share the same communication components. Whether you are using an iPhone, Blackberry, or even a Nokia, it all works the same. So, separate testing is not a thing.
Myth 3: Everybody in the plane using it at the same time is the problem: Also wrong.  Electromagnetics don’t work in the sense that they become stronger with more users using it at the same time, so this won’t cause problems.
A more viable hypothesis is the one stating that cell towers can overload due to the speed of movement of the mobile device users. This is actually technically true, but this is luckily also a technicality that can be managed by enough capacity. [1]

The Real Truth: Since all of these myths can be busted, what is the real reason for the ban on the use of electronic devices during takeoff & landing? It is your attention! Since only 8% of airplane accidents happen during the cruising-stage of a flight, and respectively 42% and 50% during takeoff and landing, the FAA simply tries to make sure you pay attention during these critique moments of flight… But, since us 2013-citizens almost live in our smartphones and tablets, is this reasoning still strong enough?

Oh yeah, something about the end of all of this might be near?
After delving into the myths & truths about the use of electronic devices on airplanes, let’s now take a look at the future. A lot seems to be changing. This Thursday, the advisory committee of the FFA voted to recommend easing the rules on device use on-board. If the FAA does accept this recommendation, which would then happen this Monday, some things are going to change. If the FAA accepts, it will be allowed to use your smartphone, tablet and laptop during takeoffs and landings, making calls or browsing the Internet is still a ‘no-go’. Just switch on airplane mode and you will be fine. [2]
A thing I have to admit, I have been doing for a lot of flights myself already. I mean there is not much better than watching some episodes of Lost while you are in the most critical parts of your flight, right?

Impact on mobile shopping?
After the allowance of using electronic devices during takeoff and landings, the next step seems to be in-flight internet. Even though it is only a small percentage of airlines are currently adopting it, it is a growing trend to offer Wi-Fi on longer flights. The impact of this on online shopping seems to be interesting to research. Will passengers shop for goods available on their destination? Will hotels be able to target last-minute bookings from passengers? Will it be possible to do tax-free shopping and pick this up at your destination airport? What would you like to buy, in-flight?

What is Skeuomorphism anyway?

Scewomo-what?? No need to remember this thorny word, because as fast as it took over the design world in 2007, it is already on its decline. Anno 2013 people are starting to embrace a new design concept.

Skeuomorphism means using the design of concepts inherent to an old technology as input for the implementation of a new design.

Most people associate skeuomorphism with Apple products. Just consider the Calculator, Clock, Calendar or Newsstand on your Iphone; they are all digital illustrations of their real-world counterparts. But not only these obvious recognizable components stand out, the subtle movements in the images act as if they are physical products. Originally these ‘old’ designs were used to evoke a sense of familiarity to the user when encountering a new concept or app online. Thanks to Apple’s (read: Steve Jobs’) objective to make a user-friendly design, this has been the look of Apple software for years. Its hardware on the other hand was designed by Jony Ive for the past two decades, a British industrial designer that values a functional and clean look. This combination has made Apple’s look of products world-renowned and extremely popular. A perfect fit.

But times have changed. As many of you know, there has been some shake-up in Apple’s executive positions back in 2012; with as a result that Jony Ive is now responsible for both the software and hardware of Apple. The ultimate result of this decision has been unveiled yesterday. Launched 18 September 2013, Apple has shown an entirely different look, the flat user interface of its 7th mobile operating system (iOS7). Flat design takes out the graphical look of different textures and strips away all the non-functional elements thereby making it a more minimalistic and clean design. But whereas skeuomorphism limited creativity, flat design fosters it by thinking of new ways to represent elements. Not only Apple is embracing the flat design, Windows is following this trend suit with its Metro design in Windows 8.

First opinions have called the flat user interface minimalistic and childish, while others love it. Nonetheless, if it will make skeuomorphism redundant is yet to be seen, for the moment being people are obsessed with its design-counterpart. Don’t forget that the discussion can be extended beyond Apple or Windows to mechanical vs electronic wristwatches, dashboard elements in a car, the traditional look of a house, etc.

What do you think? Should skeuomorphism disappear entirely?

PS: if you wonder who was crazy enough to think of this word: skeuomorph is derived from the Greek; skeuos (container or tool) and morphe (shape).